I thought we had that day already. END_OF_DOCUMENT_TOKEN_TO_BE_REPLACED

The Florida primary is next week, and her spouse is drawing ginormous crowds there. We are even starting to see pictures of these crowds on TV. Finally, Big Media seriously entertain the thought that Bernie Sanders’ campaign for a political revolution has grown some legs. Now, inevitably, the searchlight swings Jane Sanders’ way. America and its punditry will begin to look long and critically at Jane. END_OF_DOCUMENT_TOKEN_TO_BE_REPLACED 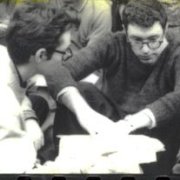 Old Bernie Sanders is quite a rig. He is by miles the most exhilarating presidential uppity-comer, our Bernie – he’s the Real Deal. A real Democrat-Plus: that is to say, not just your basic Democrat — no, Bernie is the deluxe model: he’s an Independent.  Democratic. Socialist. Fully loaded. The “real” Democrats, though, are giving him an awful hard time for this.  They say he’s not really one of them. They say he’s a Johnny-Come-Lately. They say he’s just using the Democratic Party to get himself elected.

END_OF_DOCUMENT_TOKEN_TO_BE_REPLACED

My friend Mary Rowell turns 50 this year. We celebrated last night in her yard/garage/barn in Craftsbury, Vermont where we all live some of the time. It poured down rain outside, and the light was terrible — too poor for video. But this didn’t hinder the audio a bit, as you will hear if you click below. You might just set her going and kick back and close your eyes, but for those of you who cannot tolerate TV without pictures I have tossed in a few stills. The music — provided by friends and neighbors (any guest, really, who brought or borrowed an instrument) — was awesome:

END_OF_DOCUMENT_TOKEN_TO_BE_REPLACED 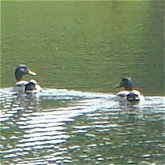 Dr Thomas Hargrove was kidnapped by the Columbian rebel group FARC and held for ransom for eleven months. Almost from the moment he was taken, a group of people — his wife, his brother, his neighbor, his children, his neighbor’s children — galvanized around his rescue. Twice, ransom sums were raised and rendered. One day, for no clear reason, the FARC released him. He walked home to Calli. He walked in on his wife, who was on the phone with his brother. Walked in on the neighbor who was firing up the barbecue to cook some t-bone steaks she’d bought and put away for him — not because she expected him there, but because the ritual of preparing a meal for him consoled her. END_OF_DOCUMENT_TOKEN_TO_BE_REPLACED